My first translated novel has arrived and is now available at Amazon.com
I hope you have the chance to check it out
Thanks 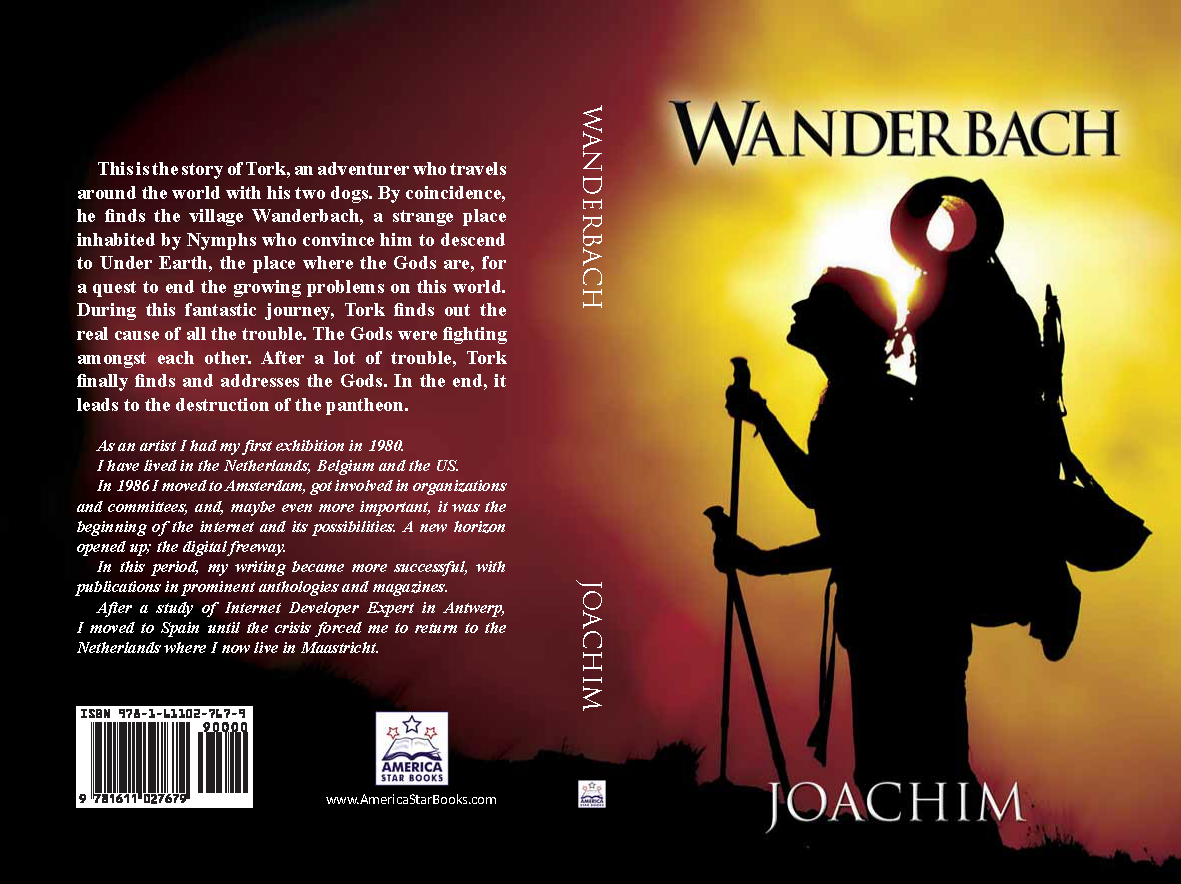 Maybe you were one of the readers when I published this novel page after page for almost a year and posted it on this website.

Now you have the chance to buy it at Amazon, or at an English bookstore in your neighborhood, since it is translated and published by America Star Books

For those who don't know the story:

This is the story of Tork, an adventurer who travels around the world with his two dogs. By coincidence, he finds the village Wanderbach, a strange place inhabited by Nymphs who convince him to descend to Under Earth, the place where the Gods are, for a quest to end the growing problems on this world. During this fantastic journey, Tork finds out the real cause of all the trouble. The Gods were fighting amongst each other. After a lot of trouble, Tork finally finds and addresses the Gods. In the end, it leads to the destruction of the pantheon.

About Joachim (the author)

As an artist I had my first exhibition in 1980. I have lived in the Netherlands, Belgium and the US. In 1986 I moved to Amsterdam, got involved in organizations and committees, and, maybe even more important, it was the beginning of the internet and its possibilities. A new horizon opened up; the digital freeway. In this period, my writing became more successful, with publications in prominent anthologies and magazines. After a study of Internet Developer Expert in Antwerp, I moved to Spain until the crisis forced me to return to the Netherlands where I now live in Maastricht.